We have years of experience on the research and development of programming languages, formal methods techniques and tools as well as their application in industrial settings. Let’s achieve bold projects together!

For industrial partners who face challenges

For R&D labs who need collaboration

For developers to reach mastery

For industrial partners who face challenges

For R&D labs who need collaboration

For developers to reach mastery


Prototyping software solutions for you


We design and implement reliable high-value solutions for our clients. As a challenge-driven team, we can find with you the most elegant and efficient solutions to optimize your products or create new ones.

OCamlPro has a record of outstanding technological achievements and success stories, in areas from web tools to distributed frameworks, DSLs and formal methods. We also built a strong blockchain expertise since 2014 on the Tezos and Dune Network blockchains. Developments are done in OCaml or Rust, and then integrated with other software in any language (C, C++, Python, Java, etc.). Our applications are extensible and maintainable, fully independent from web servers, portable to all mainstream browsers.

We cater to very specific needs. For example, we can translate a “black box” application from a programming language (Go, Coq, Cobol…) to a comprehensive language for your current team. Whether an ex-employee or a contractor coded everything in a language your current team hasn’t mastered, or it’s running on a legacy language, we can provide assistance.

An SMT solver for software verification

A blockchain with integrated governance

A Solidity Parser in OCaml with Menhir 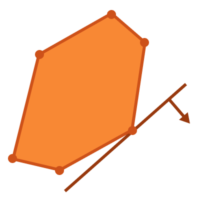 A language for linear optimisation


Other achievements in Formal Methods and DSLs/Programming Language Expertise

Starting from a specification provided by MERCE, we designed and implemented a formal verification analysis tool to check a particular class of safety properties over C programs. The tool was implemented as a Frama-C plug-in and came with fully fledged user and formal documentation.

You're in good company

Months and months of lockdown have allowed us to take the time to look back on events of the past years and to advertise our strong ties with academic and industrial partners, and our achievements through a comprehensive Timeline of OCamlPro’s story of which you can find a small excerpt below.

You can create your own timeline here.